Maybe you're a D&D player trying to bribe the DM to fudge the next crit on your level 15 singing-bowl-playing Monk-Bard multiclass character.

Or maybe you have no idea what you just read but you're just looking to buy a D&D gift for someone who already has books, dice, miniatures, and Pelor knows what else.

Either way, don't worry. We've got you covered with some killer gift ideas for the D&D player who already has everything. The Story Engine Deck is our new, powerful storytelling tool for both DMs (aka Dungeon Masters, the person in charge of running the game and telling the story) and D&D players.

It's a deck filled with five types of story prompts that can be combined to create instant ideas for D&D characters, campaign ideas, magic items, new settings, NPCs, plot hooks, and more! It makes for a great gift for a D&D player!

The basic deck includes over 30 billion potential story prompts. Everything a D&D player needs to keep them going with endless campaign ideas and bottomless inspiration for new characters when the DM wipes the party out with a surprise Beholder attack!

Here's what one DM had to say about it: Some D&D players already have dice towers to help them keep rolls on the table so they don't have to chase their dice under the couch into the cat hair.

The problem is, most dice towers are fragile, ornate, or too damn big to throw in a backpack and take to a session at friend's house or a local game store.

Luckily, our pals at Nat 21 Workshop sell collapsible travel-sized dice towers that take 60 seconds to assemble or disassemble, and fit easily in the back pocket of a gaming binder.

Plus, Nat 21's specialty is hilarious gamer merch, so the faceplates on the dice towers have hilarious jokes.

It's also cool that the dice towers are made in Canada by a craftsman with a laser cutter, so you get the best of human artistry and robot precision.

Some clichés are true; you can never have too many dice.

If you're looking for a particularly awesome set of dice, we recommend checking out EMBERWIND's metal dice sets.

These beautiful beasts are unlike any other dice on the market, and they roll with the emotional gravitas (and literal weight) of a Barbarian bringing a maul down on a skeleton dressed in wafer armor.

For better or worse, half the fun of D&D is making fun of D&D and/or the ridiculous things that happen in-game. 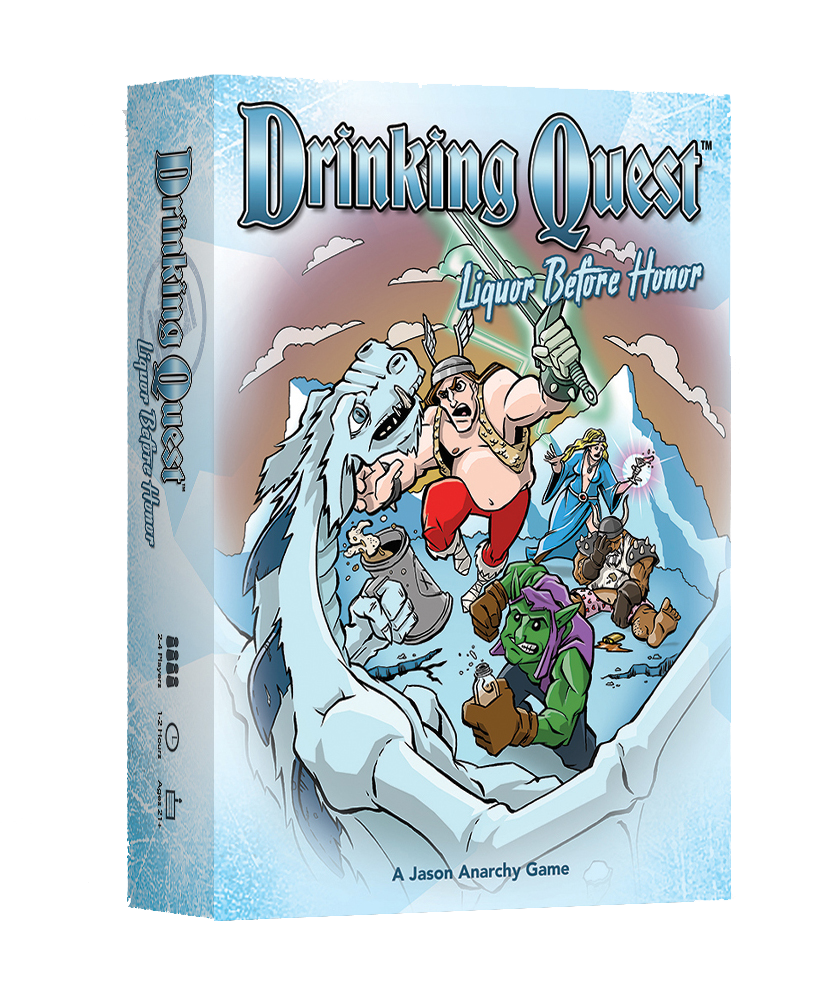 Drinking Quest is one part D&D parody, one part drinking game, and is the brainchild of "hardcore casual" game designer Jason Anarchy.

D&D players will enjoy the tabletop RPG in-jokes, funny cards and artwork, and quests you can actually finish in a single session. For those who don't like to wear their nerdery across their chest in T-shirt form, beautifully designed enamel pins may be the perfect D&D gift for a subtler nod to their roleplay ways.

Nat 21 also has an array of funny D&D pins as gift ideas for gamers.

EMBERWIND is a new RPG from Nomnivore Games that's found immediate success in the indie RPG world and is steadily finding mainstream popularity.

It uses the same dice as D&D, but the rules system is faster, more intuitive, and the modular ruleset leads to deeper, more replayable gameplay with richer tactics and decision making. Take a look at the main rulebook, the Hero Manual, to learn more.

Plus, EMBERWIND campaigns can be played without a DM, or even as a single-player game. In addition to The Story Engine Deck, we offer expansions and boosters as gifts for DMs and D&D players running campaigns and settings with a special fantasy, science fiction, or horror flair.

The art from the fantasy expansion comes from the EMBERWIND art team, who have also illustrated games like Dungeons & Dragons, Magic: The Gathering, and Pathfinder, so you know the visuals are top notch.

You can pick them up in a set with the main deck, and there's even a set that includes 6 subgenre booster sets featuring fun genres like eldritch horror, steampunk, and cyberpunk. You can browse all the expansions on this page.

Did I miss anything?

Have you found a gift that D&D players love? Are you a DM with recommendations of your own? Sound off in the comments!